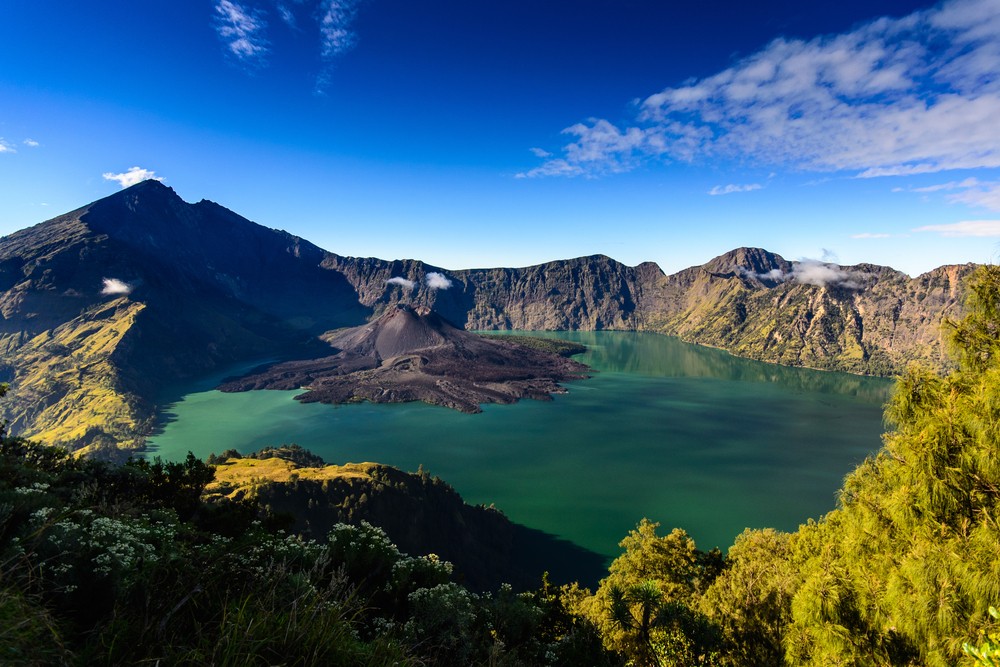 You are a nature lover and connoisseur of mountains? It is incomplete if you have not felt the sensation of climbing on a mountain that is known for its beautiful natural charm. With an altitude of 3,726 meters above sea level and located north of the island of Lombok, Mount Rinjani is the second highest volcano in Indonesia. Entering the Mount Rinjani National Park area and surrounded by forests and shrubs covering an area of ​​76,000 hectares is a beautiful sight for Mount Rinjani.

Access to Lombok Island, in addition to being able to be reached by land using a direct bus Jakarta - Mataram by crossing using the ferry twice (Bali Strait and Lombok Strait), can also be reached by plane.

Mount Rinjani has a crater about 10 km wide and there is a crater lake called Segara Anak Lake with a depth of about 230 m. With the color of the water turning blue like a sea child, the water that flows from this lake forms a very beautiful waterfall and flows through steep ravines. Many climbers who fish in this lake because there are many carp and tilapia.

There are 2 climbing routes to reach the summit of Rinjani, the Sembalun Line and the Senaru Line. Sembalun Track is a favorite route for climbers because even though the track is longer but it can save 700 m in height.

In Sembalun Path, climbers will go through a vast expanse of savanna that is very broad and beautiful. There are 3 rest posts on this route, and after the post 3 climbers will face steep slopes with a slope of about 60 degrees. While on the Senaru Path, climbers will pass through a fairly thick and steep tropical forest. Similar to Sembalun Line, this route also has 3 resting posts before it will reach the canyon post which is commonly used as a camping area.

The charm that is owned by Mount Rinjani is almost perfect so there is no doubt that Rinjani is an attraction that is able to attract the interest of foreign and domestic tourists to climb it. And climbing Mount Rinjani will surely be a memorable and memorable life experience. 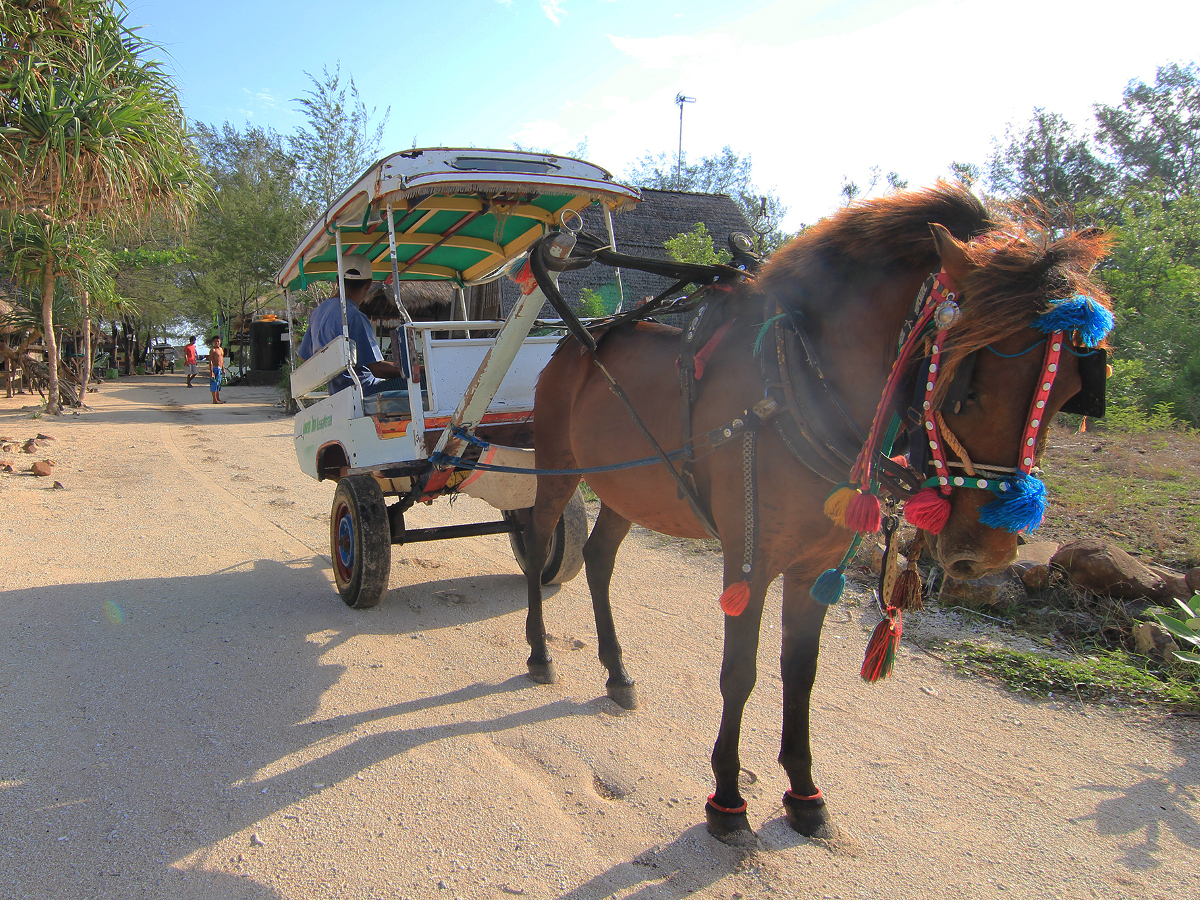 In Lombok, West Nusa Tenggara, there is a unique transportation capital commonly used by the community to support daily life. Cidomo name, this type of delman vehicle is also often used by tourists to touch various tourist locations in the province of West Nusa Tenggara.

Cidomo itself is an acronym for Cikar, Dokar, and Car. This transportation is in the form of a passenger train using two car tires and being pulled by a horse. Riding Cidomo while touring the tourist areas in the Lombok area would be a pleasant experience.

Tourists can find this unique vehicle in several places, such as in the Gili Meno area, one of them. In this area there are no motorized vehicles, and for visitors who want to go to the inn usually use Cidomo as a means of transportation.

If you visit Lombok, make time to try riding Cidomo, a typical delman from a country that has many beautiful dyke.


A Closer Look at the Sasak Tribe in Ende Hamlet 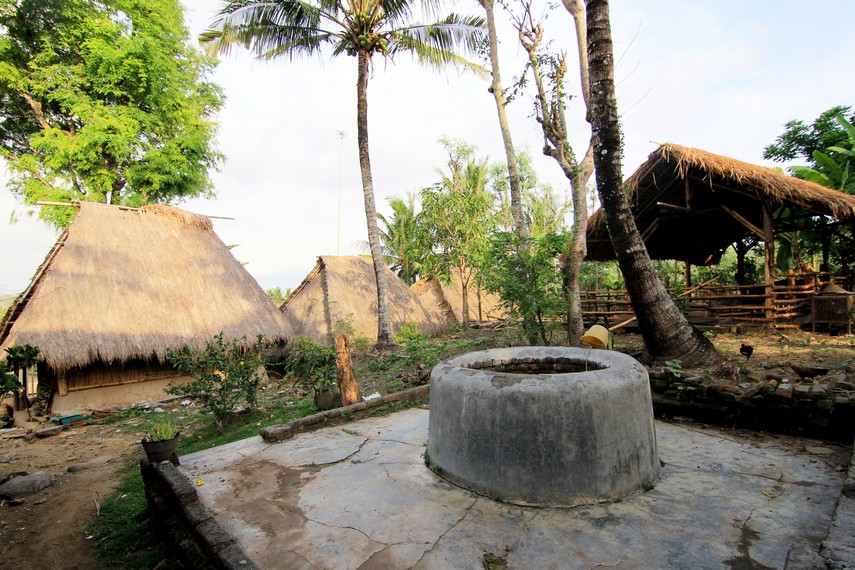 The house which was built with clay material mixed with buffalo dung became a scene in a hamlet in Rambitan Village, Pujut District, Central Lombok Regency, West Nusa Tenggara. Ende is a village, a village that is home to the Sasak tribe, a native tribe of the island of Lombok.

Ende is a traditional village. The inhabitants of this hamlet undergo daily activities by upholding the traditions that are still rooted in their ancestors.

Starting the journey from the city of Mataram, taking a distance of 40 km or 60 minutes travel time, you will be warmly welcomed by the people of Ende Hamlet. It is not difficult to find a hamlet located on the right side of this road. If you happen to be heading to Kuta Beach from Mataram, there is an information board that reads "Welcome to Sasak Village". This board is a guide as well as an invitation for you to stop by for a moment to see this traditional village.

Has an area of ​​about 1 hectare, around Ende Hamlet does not take a long time. Seeing thatched houses that characterize the Sasak tribe would certainly be an interesting sight. The sloping roof of the house is intentional so that guests who visit the house must bow their heads in homage to the owner of the house.

There is a unique tradition that belongs to the Sasak Tribe, namely eloping. In this tradition, the men carry off the women they like. This was done without the woman's parents knowing. The escape is usually carried out for 3 days. After that, the woman's parents will redeem to discuss the continuation of the relationship to a more serious level.

Marriage in Ende Hamlet usually takes place around the hamlet environment. Marriage between cousins ​​or relatives is still common. If there is someone who wants to get married to a party outside the village, the person is required to pay a fine of a substantial value to the community of the village.

The religion of Islam, which is the majority religion of Ende Hamlet, also does not make this centuries-old tradition loose. A blend of Islamic traditions and religions blends to make Ende Hamlet one of the must-visit villages when you are on Lombok Island. 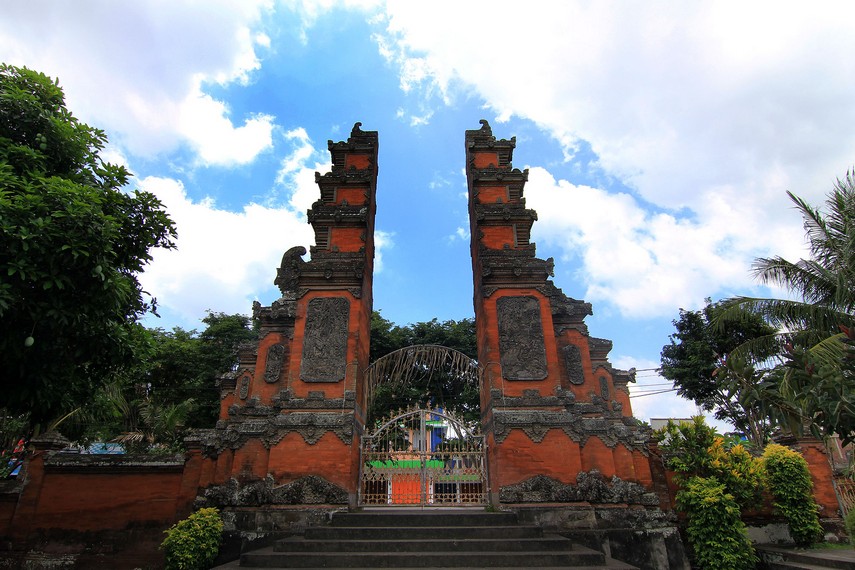 It's always fun to visit places that have historical value. The unique story behind the making is interesting to explore. Try visiting Meru Temple in Lombok. Many interesting things that you can enjoy while visiting here. Interested?

Located in the middle of the city of Mataram, precisely on Selaparang Street, Cakranegara District, Meru Temple is the largest and oldest in the Lombok region. Built in 1720 by Prince Anak Agung Made Larang, Pura Meru is dedicated to 3 main deities of Hindus (Brahma, Shiva, and Vishnu).

"Meru" is short for Mount Semeru in East Java. Anak Agung who still has a bloodline from the Singosari Kingdom from East Java did not forget that Mount Semeru is also a mountain that is considered sacred by his ancestors. Therefore, the temple takes the name of Mount Semeru which is shortened to Pura Meru.

The three temples also have meaningful color symbols. At the piodalan celebration (an event to remember the return of the temple), each temple will be decorated with fabric that is adapted to a different color. Pura Brahma will be decorated in red, which means fire, a symbol of the death of Hindus who were cremated using fire. Pura Syiwa uses a white cloth which is a symbol of water to purify the cremated ash before being discharged into the sea. Meanwhile, Vishnu Temple will be decorated with black cloth that symbolizes darkness or new life after death.

Pura Meru is open every day starting at 08.00-17.00 WITA. There is no special fee to enter the temple which is the pride of the citizens of Lombok. Only by paying sincere donations, visitors will be guided by officers who will be happy to provide information about Meru Temple. Do not forget to wear a yellow cloth as a tribute when entering the holy area of ​​Hindus.

And there are many other beauties on Mount Rinjani