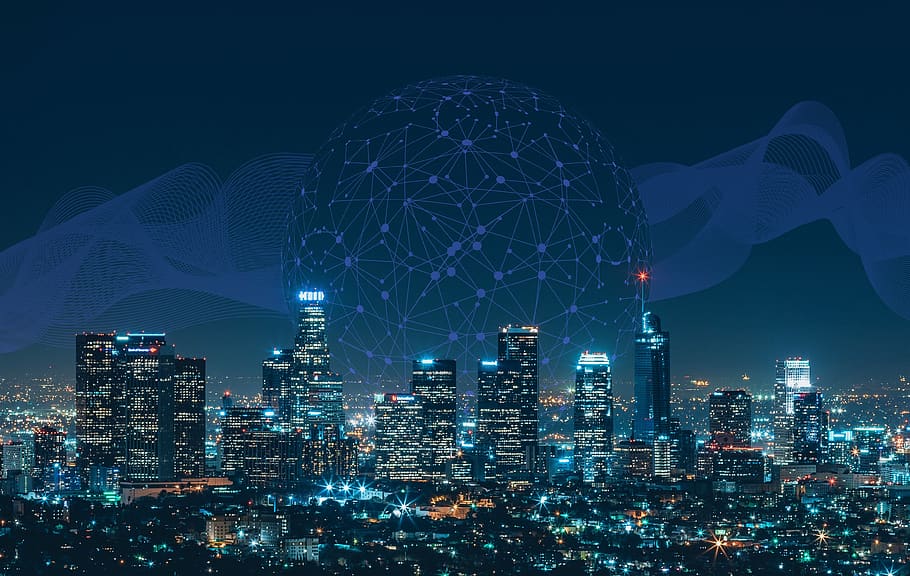 It turns out that the development of Internet of Things technology that supports Smart Cities does not only talk about broadband access with high-speed internet.

Low-power and low-speed sensor actuator devices but very portable and cheap, can be installed anywhere with very long battery life (ubikuiti), is a new trend that is growing very rapidly with the term LPWAN (Low Power Wide Area Network).

It is predicted that there will be 20-30 billion IoT devices (apart from smartphones, tablets, and computers) installed by 2020. The

implementation in Smart City is very broad. Programmable street lights on, off, intensity and condition; meters in clean water, gas and electricity installations that can communicate both ways, transmit status and control usage.

Then, the Smart Grid which improves energy efficiency and reliability; traffic lights that adaptively adjust to congestion conditions; garbage truck whose position and contents are monitored; early information on weather, accidents and disasters; transparency of information from and to the public; and many more as wide as the imagination of city managers.

Currently, developing and competing various standards with different business models. Sigfox and LoRa for example, developed closed technology but proven efficient and reached markets in Europe and America. NB – IoT is the LPWAN standard of the mobile industry alliance and IEEE 802.15.4 is a more open international standard.

technology with proprietary standards It uses the Ultra Narrow Band Radio frequency to communicate (around 200 kHz in the ISM working frequency of 868 MHz or 902 MHz depending on the country) with each 100 Hz wide data packet transferred at a speed of 100 or 600 bps depending on the location using DNPSK and GFSK modulation.

Here, Sigfox technology is based on a star topology where the Mini BTS can reach distances of up to 30-50 km (outside the city) or 3-10 km (in the city) with a very high capacity of connected IoT devices. It is reported that to cover 81% of France with 90% of the population it only takes less than 1600 mini BTS.

Sigfox as a global operator opens its technology to be produced by anyone but the network is still controlled and controlled. Currently, the Sigfox network has reached more than 30 countries in Europe, America and Australia with headquarters in France.

LoRa also uses a star configuration and its BTS can reach thousands of devices in a range of 2-5 km (within the city) or 15 km (outside the city) with data rates of 0.3 - 50 kbps.

A very significant difference compared to Sigfox is that even though LoRa uses the IEEE 802.15.4 standard, there are proprietary features  in chipset production with Semtech as sole producer.

However, the implementation of technology, applications and networks is open to LoRa alliance members to be developed as needed.

Narrow Band - IoT (NB-IoT) is the GSMA Alliance's answer to the emergence of technology and the need for Low Power Wide Area Networks as part of IoT.

Unlike other technological approaches that use unlicenced frequency spectrum, NB-IoT uses paid frequency spectrum that is owned by cellular operators so as to maximize assets while ensuring that service quality and security are the best according to cellular industry standards.

The IEEE 802.15.4 standard as an international standard, intends to offer a base layer (physical and MAC) for Wireless Personal Area Network (WPAN) technology that focuses on low-power, low-speed but massive and distributed devices even though there is no previous telecommunications infrastructure. .

Devices that support IEEE 802.15.4 can use one of the three operating frequency bands (868/915/2450 MHz). This standard supports more reliable star and mesh configurations plus channel hopping technology to avoid interference.

Apart from the above, there are many other standards with different uses. What's interesting is the development of the 6LoWPAN standard, a compact version of IPv6 designed to fit the IEEE 802.15.4 data packet standard which is only 127 bytes.

This is done with header compression  , fragmentation and rearrangements, and the use of stateless configurations so that devices can automatically generate their own addresses.

6LoWPAN is an attractive solution because the system does not need to set up an additional gateway to communicate with the internet.

LoRa, Wi-SUN, Zigbee IP, Bluetooth Smart, and Thread started and have used them in their latest standards where the last three standards are low power device standards for Smart Home / Smart Building.

With the increasing number of devices connected to the internet, various reports of cyber attacks have occurred utilizing these IoT devices.

It is admitted that the 128-bit encryption standard as the IoT industry standard is feared several times by hackers. So,   regular security assessments , monitors, and  updates are things that must be done by system managers.

Standard is the lower limit of a device's ability to operate with other devices despite different vendors, and hackers are always looking for the weakest points of the system to enter into attacks.

For the government, this issue is very important to be considered and managed. In addition, it appears that the need for frequency allocation in the ISM and 2.4GHz bands is the basis for the development of IoT which should be supported by widening these bands.

TKDN issue and server placement in the country are also other issues that are important to be regulated. The last is government support for the implementation of IPv6 as the main resource for the internet.

The increasing use of IPv6 will encourage the need for human resources to master this technology. In accordance with the Vice President's mandate above: technology is only a tool, people are in control.