Home
Travel
Sumur Tiga Beach, the Most Beautiful Beach on the Indonesian Edge

Sumur Tiga Beach, the Most Beautiful Beach on the Indonesian Edge

Sumur Tiga Beach, the Most Beautiful Beach on the Indonesian Edge 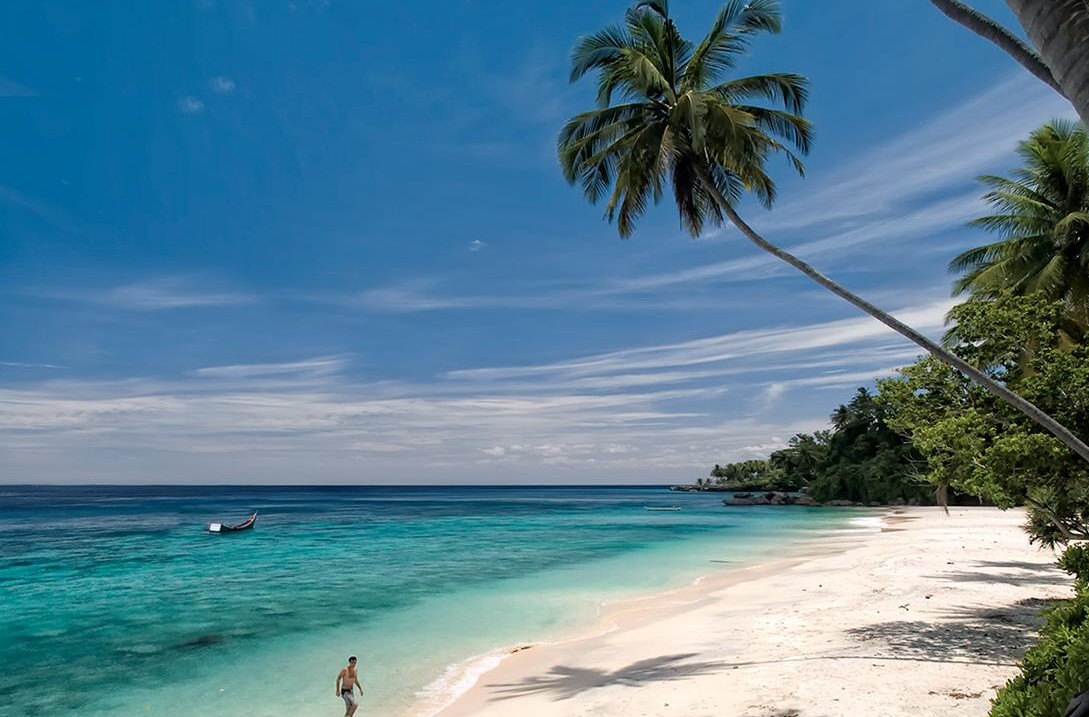 Sumur Tiga beach tourism object is a beautiful beach located in the village of Ie Meulee, Pulau Weh. This white sandy beach is known for its stunning natural panorama. As a crowded beach visited by local and foreign tourists, the three wells beach is equipped with supporting facilities such as diving and snorkeling, so it's no wonder that this beach is much in demand by both local and tourist tourists to pamper themselves on this beach.

Sumur Tiga Beach is located on the east coast of Weh Island or about 15 minutes from Sabang City, precisely in Ie Meule Subdistrict, Sukajaya, Sabang, Weh Island, Aceh Province. It is said that the origin, the name of the Sumur Tiga Beach, is due to having three freshwater wells there. Therefore, the place was named after Sumur Tiga Beach. Sumur Tiga Beach has different characteristics from  Iboih Beach  or Gapang Beach. The sand at Sumur Tiga Beach is whiter whiter like crystal and soft even though the water is slightly choppy. Panorama of the beach stretches the blue sea combined with a breeze that moves the palm on the beach.

In addition, a clear beach with turquoise sea water is a sight that is very soothing to the soul. Coconut trees exhaled by the sea breeze will surely lull you when lying on the sand beach or sitting in the grass and under the coconut trees. Meanwhile, at this beach location there are also historical sites from Japan. Namely, the number of fortresses left over from the Japanese Occupation, although not well maintained, can still be found in the Sumur Tiga beach area. Sumur Tiga Beach can be said as a paradise for those of you who like to do diving and snorkeling and wind surfing. 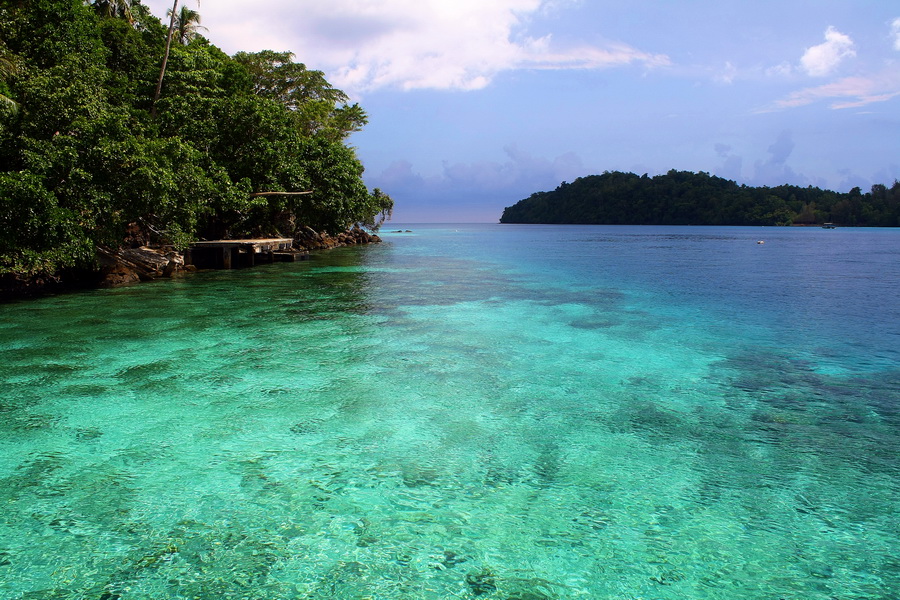 One of the places that you must visit when traveling to Sabang Island is Sumur Tiga Beach. The existence of this beach is easy to reach, only 10 minutes from downtown Sabang and 20 minutes from the Port of Balohan, Sabang. This beach is located in the area of ​​Ie Meule, District Sukajaya, Sabang. Tourists can use a motorized becak to get there.

Sumur Tiga Beach offers the beauty of nautical nature with an unspoiled environment. The clear sky makes this beach an ideal place to view the beauty of the rising sun. Moreover, this beach is on the east side of Pulau Weh. On the other hand, along the seashore is still full of coconut trees, which shade when the sun sting the skin.

Local and foreign tourists lured to visit this beach one after another. Many tourists who are not ready to change clothes choose to sit spoiled or playing sand on the beach. However, there are also many tourists who cannot resist their desire to swim and dive even though they are not swimming.

For foreign tourists or expatriates, this beach becomes a paradise for light diving (snorkeling). Without hesitation, they brought their own diving equipment to enjoy the underwater beauty of Sumur Tiga Beach.

Local and foreign tourists do not hesitate and be afraid to dive and sunbathe on this beach. This beach is an oasis in the middle of the enactment of Islamic Shari'a law in "Bumi Serambi Mecca". This beach allows tourists to enjoy the optimal natural beauty of the maritime land of Rencong.

Another uniqueness of this beach there are three wells with fresh water. In fact, this well is only 15 meters from the sea. Three wells have become the icon of this region and also became the forerunner to the name of the beach.

Nutrition and Benefits of Radish Leaves for Body Health