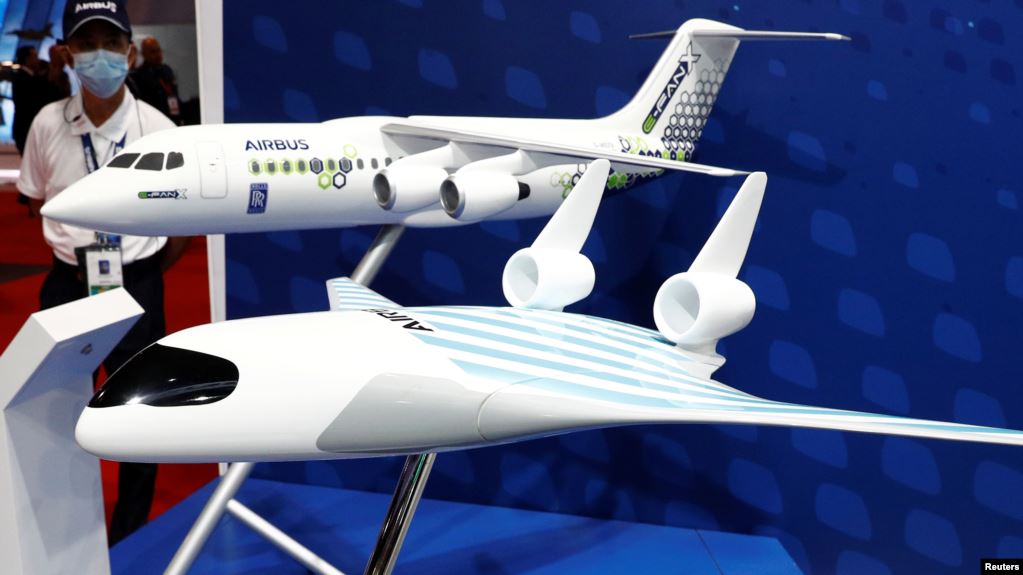 The European aircraft maker has conducted a flight test on a demo plane that has a width of 3.2 meters (10.5 feet) that is coded Maveric. The trial was conducted at a secret location in central France since last year. The secret design was revealed at the Singapore Aerospace Exhibition.

The concept of the  "wing-together fuselage " Design has existed since the 1940s. The concept then gave birth to the United States bomber, B-2 and X-48 research project between Boeing and NASA a decade ago.

The shape of such aircraft is complicated to control, but produces less aerodynamic drag. As a result, aircraft with this design are more efficient when flying.

"We believe this is the right time to push this technology further and learn what can benefit us, " Jean-Brice Dumont, executive vice president at Airbus, told reporters.

"We need breakthrough technologies to answer our environmental challenges. This is the next generation of aircraft. We are studying an option. "

Dumont said, it was still too early to say whether such a shape would help a new generation of medium-range aircraft, which is expected in 2030.

Airbus is now studying how to place the cabin and how the aircraft will be integrated with airports. One unanswered question is whether the aircraft with such a shape will have a window or use a video screen so that passengers feel the sensation of the environment around them.