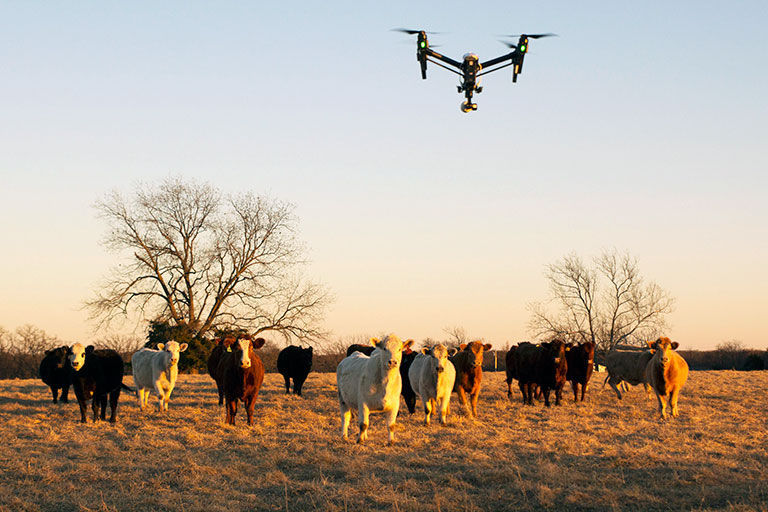 Grazing cattle at Calliope Station, Queensland has never been easier. Instead of using three people who ride a quad bike, a four-wheeled motorbike which is also often called an ATV to herd cattle, Will Wilson simply does it with a drone.

"If we think about methodology, industry and try to be at the forefront, we have to look at the latest technology and try and then use it," he explained.

After successfully collecting all the livestock using a drone for the first time, Wilson is now considering practicing it permanently on his land.

According to Wilson, technology will not be able to replace jobs in the field. A number of workers are still needed to herd the cattle to the field. But drones can help keep herders from harm.

“We've been injured from falling from a motorcycle before, also of course from a previous horse. So far, I have dropped several drones and I have not been injured. So, there are arguments that suggest this is a safer way to shepherd, ”said Wilson.

The Farmsafe industry group is encouraging producers to look for new ways to make agriculture a safer workplace. Charles Armstrong, chairman of Farmsafe explained, "Anything that can replace a dangerous vehicle or machine like a quad bike and make work more effective is worth it."

Drones are not only used for livestock purposes. Farmers also use it to check plant health and moisture content. With the development of technology, drones are increasingly being used in these two industrial fields.

Meg Kummerow, an agricultural drone specialist has helped hundreds of herders incorporate technology into their work. “I think drones will be something they can use in the future. That will be one of the tools in the farmers' toolbox, ”he explained.