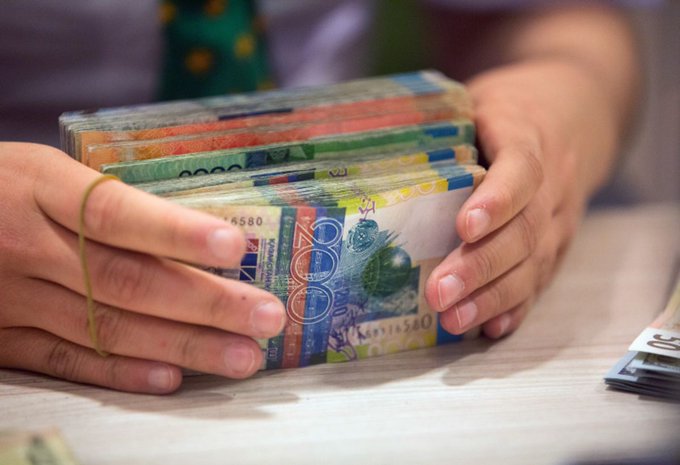 Kazakhstan’s central bank has been interfering in some tenge-dollar trades to prevent the currency from weakening too much amid an oil slump this year.

The bank micromanages the currency by delaying or denying some requests for transfers into dollars, according to five people with knowledge of the matter, who asked not to be identified. Such interventions go against the principle of the free-floating currency regime that Kazakhstan set in 2015.

The National Bank didn’t immediately comment on the trades, but said by email on Oct. 9 that it doesn’t target a particular tenge exchange rate or trading volume.

Kazakh President Kassym-Jomart Tokayev has tried to keep a lid on public discontent this year as he maneuvered the country through two coronavirus lockdowns and the nation’s first recession in more than two decades. He told central bank Governor Yerbolat Dossayev in July that tenge stability is important, and measures should be taken as necessary to prevent volatility.

“The tenge is politically important in Kazakhstan,” said Kate Mallinson, an analyst at Prism Political Risk Management in London. “If restrictions on trading freely in Kazakhstan were removed, it could precipitate a decline in the currency leading to possible popular unrest.”

When demand for foreign currency is high, lenders are forced to go to the interbank market, where the tenge trades at weaker levels than on the national bourse, four of the people said. 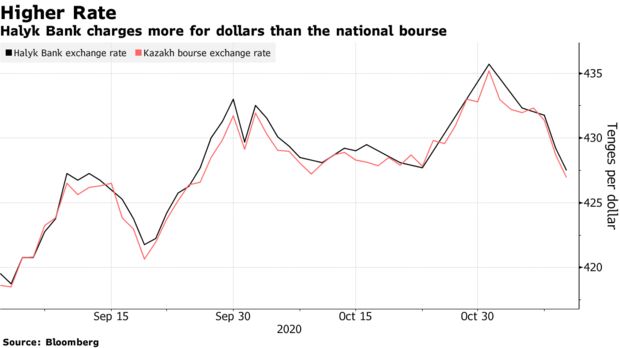 Umut Shayakhmetova, chief executive officer at Halyk Bank, Kazakh largest lender, criticized the lack of transparency at an online conference in September, saying the micromanagement is distorting many market mechanisms and could fuel inflation.

In March, the government began toughening conditions for dollar purchases, including halving to $50,000 the amount of foreign currency local companies can buy per day without supporting documents. State-run entities were also ordered to sell part of their export revenue.

The currency of Central Asia’s biggest energy exporter has weakened 10% against the dollar so far this year, compared with more than 18% for the Russian ruble. The tenge usually tracks moves in the ruble because Russia is Kazakhstan’s biggest trading partner and both countries are major oil exporters.

The difference can be explained in part by the fact that Kazakhstan sold $8 billion from its $56 billion oil fund this year to pay for increased spending, while Russia mostly raised debt.