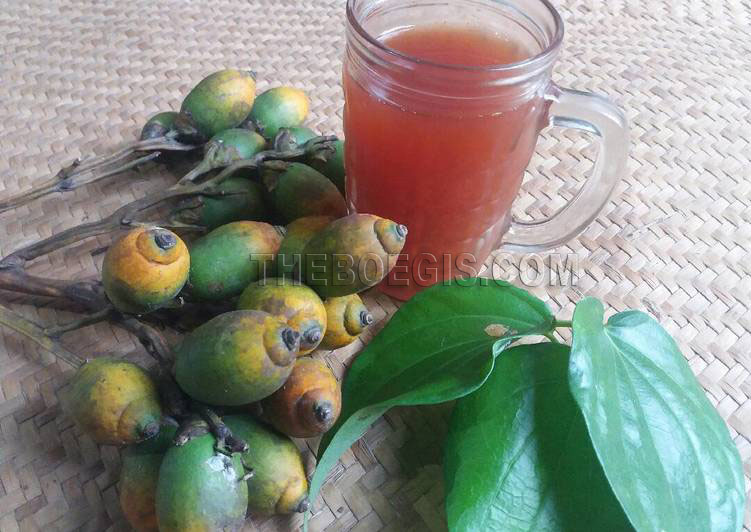 Gambir is better known as one of the train station names. But there are also many people who do not know that Gambir is a kind of dried sap that comes from the extract of squeezed leaves and twigs of the same name (Uncaria gambir Roxb.) Which has a variety of health benefits. In Indonesia gambier is generally used to betel.

Gambir is a hot water extract from the leaves and twigs of gambier plants which are sedimentated and then printed and dried. Nearly 95% of production is made into this product, which is called betel bite or plan masala. The shape of the mold is usually cylindrical, resembling brown sugar. The color is blackish brown.

Gambir (in interstate commerce known as gambier) is usually shipped in 50kg packages. Another form is powder or "biscuits". In Indonesia, the main producing region of Gambir is central and southern Sumatra.

Gambier fruit is actually not the fruit of plants, but the result of extraction from the sap of the leaves and branches of the Uncaria Gambir Roxb plant that has gone through several extraction processes until the results are shaped like fruit which is often referred to as gambier fruit.

Gambier fruit shaped like cookies, there are white, brown, even black. Gambier fruit has a very distinctive aroma so that it can be recognized easily. Gambier fruit has benefits and benefits, in Germany gambier fruit is used as a mixture of medicinal ingredients because it contains nutrients and nutrients that are very beneficial for the health of the human body.

Gambier fruit contains very high antioxidants, catechins, flavonoids, alkaloids, and tanners. Gambier fruit is often used by mothers and grandmothers for a mixture of betel, which is useful for strengthening teeth so that it is not porous or broken easily.

Gambier fruit has many benefits especially for bodily health, including: treating headaches, especially headaches or migraines that are disturbing and torturing, treating acute diarrhea, overcoming dysentery, relieving strep throat, curing heartburn and disrupting the health of mulu and gums, treat both minor and severe burns, and treat thrush and chapped lips.

Gambier fruit has a very distinctive taste that is bitter and kelat, but behind it all contained many benefits that can provide better quality health for the body. No need to doubt the efficacy and benefits of gambier fruit because in the pharmaceutical field gambier fruit is often used as a mixture of drug manufacturing because of its natural antiseptic content which can help speed up the treatment process.

That's the benefits of gambier fruit for body health which is very important and needs to be known as a traditional natural obata. Hopefully the information is useful for all.