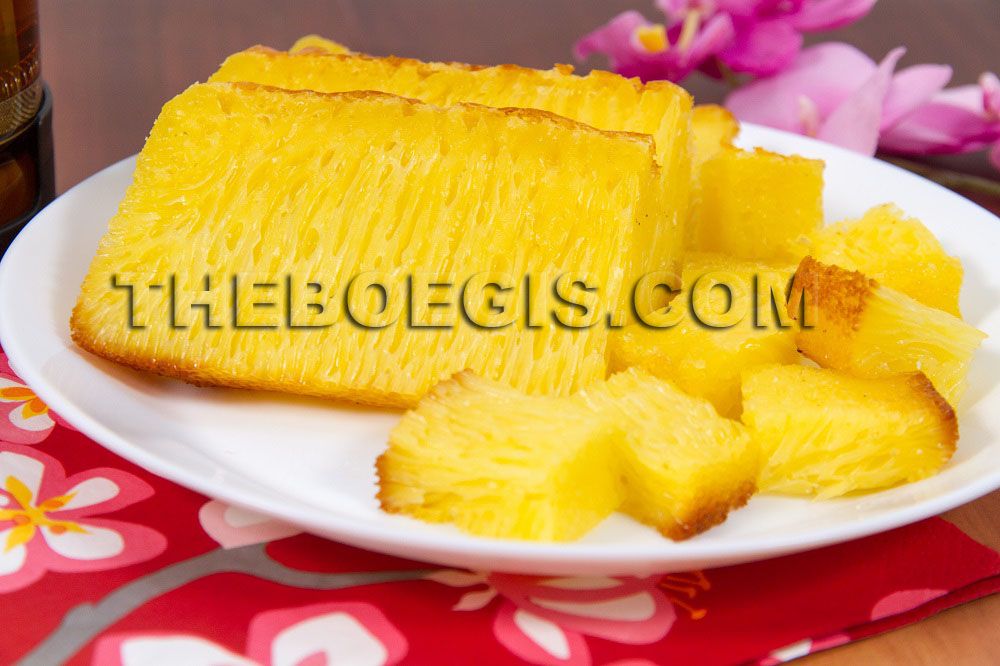 Bika Ambon is a traditional cake that has become one of the icons of the city of Medan, North Sumatra.

According to the explanation of M Muhar Omtatok, a historian and historian, ambon bika cake is inspired by the typical Malay cake, Bika or Bingka. Furthermore, it is modified with developer material in the form of palm sap / palm wine until hollow and different from the typical Malay Bika or Bingka cake. Furthermore, M. Muhar Omtatok mentioned that this cake is called bika ambon because it was first sold and popular at the Jl Ambon-Sei Kera Medan intersection. If ambon is known as a souvenir of the typical city of Medan, North Sumatra. In Medan, Jalan Mojopahit in the Medan Petisah area there are at least 30 shops selling this cake. Each store at this location can sell more than 1,000 packs of bika ambon per day before the holiday. It is estimated, the name bika ambon arises from the habits of the people who were new to the bika produced in Jalan Ambon, Medan. The mention of bika ambon has finally become a tradition along with the development of this food industry. (source: wikipedia)

I saw this recipe in the NCC mailing list written by Mas Gunz for traditional Indonesian Week snacks. It's just that there is a little addition of ingredients & additional shaking time in the manufacturing process. The original recipe owned by Mrs. Fatmah Bahalwan in Bika Ambon Oval, it's just been converted in a uk.20cm pan by Mas Gunz.