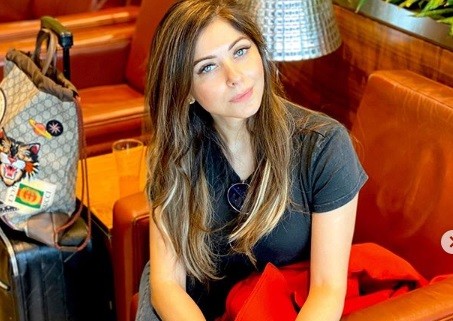 Four more people have confirmed the corona virus on Friday in Lucknow. They also include Kanika Kapoor, a famous Bollywood singer. He is kept in isolation ward. She returned from London only a few days ago and stayed at the Taj Hotel in Lucknow.

She then attended a party held at the Shalimar Grand Apartments. It is being told that he did not tell anyone about returning from London and went straight to the hotel. During this time many people came in contact with him.The police swung into action after the corona virus was confirmed in Kanika Kapoor. According to the information, Kanika arrived at the hotel on 14 March and checked out on 16 March.

Five people had also reached him in the hotel. The police have now started searching for all these people, so that these people can also be tested corona. Police also reached the Shalimar Gantt Apartment, where information is being collected about who attended that party.

Health Department officials say that Kanika Kapoor's parents and the servant present in the house will also be investigated. According to police, 3 had reached Delhi before London. After this she came to Lucknow from Delhi. Now it is also being investigated on which flight she came from Delhi.
The number of corona infected people in India increased to 195.

The number of people infected in India increased to 195 on Friday after 22 new cases of corona virus were reported in different parts of the country. These include 32 foreign nationals, according to Health Ministry data. According to the ministry, there are currently 171 cases of Kovid-19 in the country. Apart from this, 20 people are those who have recovered or have been discharged, while four people have died. So far 17 people including a foreigner have been found infected in Delhi. At the same time, 19 cases including one foreigner have been reported in Uttar Pradesh.Maharashtra has reported 47 cases including three foreigners, while Kerala has recorded 28 cases, including two foreign nationals.

In Andhra Pradesh, two people are infected. One case each has been reported in Odisha, Uttarakhand, West Bengal, Puducherry, Chandigarh and Punjab. 17 people including 14 foreigners are infected in Haryana.