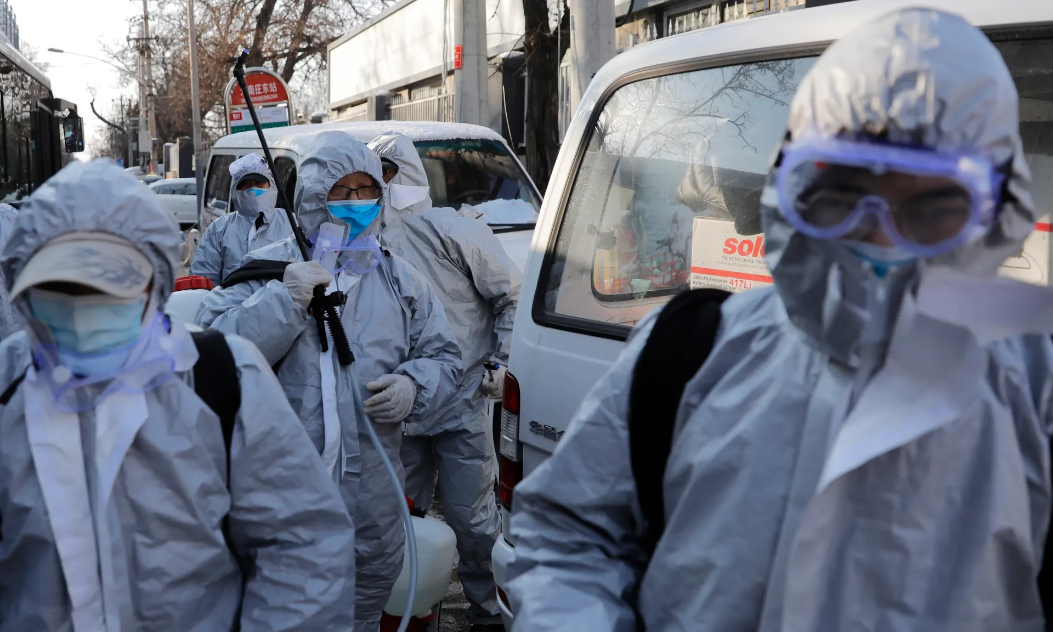 With no vaccines or treatments and limited diagnostic tools, we face a tough challenge in the fight against Covid-19

Afew years ago, the World Health Organisation published a list of pathogens which it said needed urgent scientific attention. All were viruses, none had known treatments or vaccines, and all had the potential to trigger pandemics that could kill thousands – just as Ebola and swine flu did earlier this century.

The viral dangers outlined in WHO’s list included Nipah disease, as well as Lassa and Rift Valley fevers. Crucially, after much discussion, WHO experts later decided to add a new condition to this menu of maladies: Disease X.

Disease X referred to “a serious international epidemic caused by a pathogen currently unknown”, said WHO. Humanity should now be working to seek out and tackle such mystery ailments, it added – though it was assumed they would remain remote threats for some time.

This hope now looks forlorn with the sudden emergence of the respiratory disease Covid-19, which has rapidly acquired most of the characteristic of a Disease X. It is caused by a virus for which there is no vaccine or treatment and has already spread to 25 countries since first appearing in China two months ago. Very soon it may be officially labelled a pandemic, an epidemic gone global.

The question is: was enough done to prepare the world for the emergence of Disease X, given that such a prospect had already been earmarked as a realistic risk? And what lessons do we now need to learn in a world that will certainly see further appearances of others?

These points have been stressed by Bill Gates, the billionaire philanthropist. “Given the continual emergence of new pathogens ... and the ever-increasing connectedness of our world, there is a significant probability that a large and lethal pandemic will occur in our lifetime,” he warned some time ago.

A sufficiently deadly one will have the impact of a nuclear war, added Gates, who has urged authorities to stockpile antiviral drugs and therapies in preparation.

Such approaches are backed by other experts who argue that, while the US, UK and EU may have strong, well-funded health services, poorer nations in Africa and Asia – where new disease outbreaks are most likely to occur – have health services that are often poorly funded and close to breaking point. 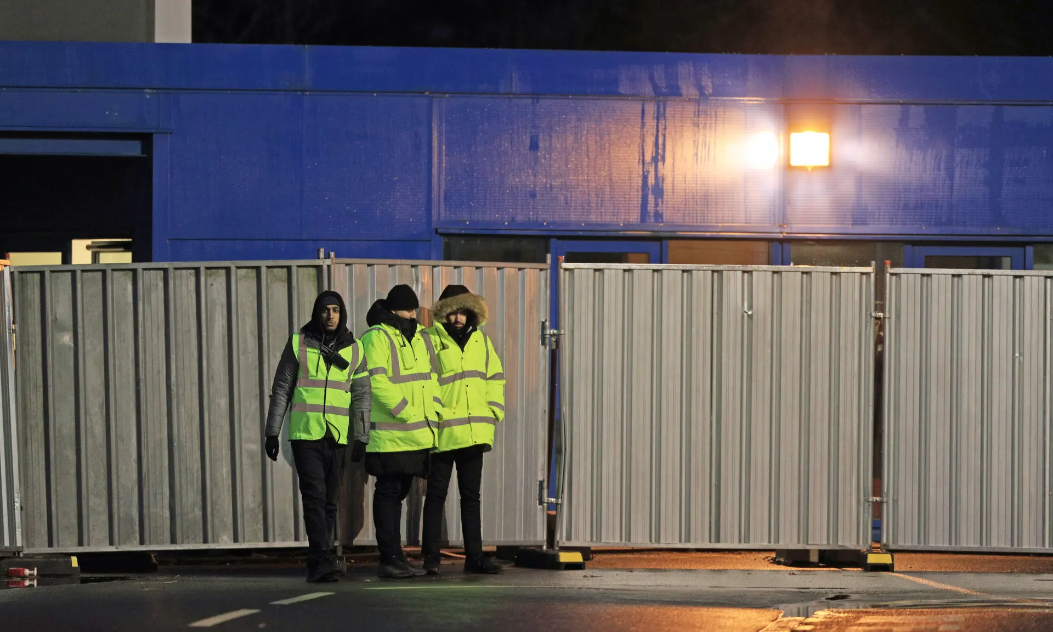 “This is not going to be the last outbreak of a previously unknown disease,” said Professor Trudie Lang, of Oxford University. “We have to strengthen the research capabilities of nations where new diseases emerge but which currently have the poorest ability to respond to the emergence caused by these viruses.”

Many WHO initiatives are aimed at providing improved health networks in these countries, said Lang, but more still needs to be done. “We have to seize the moment.”

This point was backed by Dr Josie Golding, epidemics lead at the Wellcome Trust. “World health authorities have spent a lot of time and money making plans for dealing with the next major outbreak, which was assumed would be an influenza pandemic. A lot of investment has gone into making influenza vaccines, for example.

“But have we been thinking about diseases other than influenza that might become pandemics? I don’t think we have. There has been a real gap in our thinking. We just didn’t envisage a Disease X emerging on the scale we had seen with an influenza pandemic. We will do that in future.”

Another indication of the problem was provided last week by WHO when it revealed that most countries in its African region had no ability to test for the Covid-19 virus. Yet China’s influence in Africa is strong and many fear there is a real risk of the virus being brought into nations there. Undetected, it could become a new epidemic centre for Covid-19.

The problem was stressed last week by Tedros Adhanom Ghebreyesus, WHO’s director general. “Our greatest fear remains the damage the coronavirus could do in a country like Democratic Republic of the Congo,” he said. Worryingly, it was revealed on Friday that a Corvid-19 case has just been discovered in Egypt.

According to Lang, the key to the problem lies with good diagnostics. At the moment, saliva samples are taken to laboratories to be tested. “What the world really needs is a handheld diagnostic kit that can be used by a health worker and does not require samples being shipped off to central labs. Then we can get a measure of how quickly a disease liked Covid-19 is establishing itself.”

To date, there have been more than 69,000 confirmed cases of Covid-19 infection and more than 1,660 deaths since the disease first appeared. However, outside China, there have been only 500 cases and four deaths: one in Hong Kong, one in the Philippines, one in Japan, and one in France.

It remains to be seen if the disease will be limited in its spread, said Professor Mark Woolhouse of Edinburgh University. “There are so many huge unknowns about this outbreak. For example, we don’t know just how infectious people are before they show symptoms. That makes it impossible to predict what is going to happen.”

Woolhouse added that both the UK and WHO had learned lessons from recent pandemics, but mostly on those involving influenza. “The trouble is, this outbreak is caused by a very different virus. And unlike flu, there are no vaccines or treatments and, crucially, no pre-existing immunity in the population.” During the 2009-10 flu pandemic this had protected many older people because they had already been exposed to the virus strain involved.

“On the other hand, it takes longer for a person with the coronavirus to pass it on to another person than it does with flu,” added Woolhouse. “So that slows things down.”

At present, health services are trying to contain Covid-19 using case detection, isolation and prevention of onward transmission. That has involved, to date, the testing of almost 3,000 people in the UK, according to the Department of Health and Social Care. Of these, nine tested positive.
Advertisement

Thus, several hundred negatives were produced for each detection of one case. If the disease is perceived in future as an even greater danger than it is now, health services could be overwhelmed. That, in turn, risks disrupting treatments for other serious illnesses which Britain’s NHS is already struggling to treat.

Nor will the nation be protected against disruptions far from our shores. An example is provided by the digger manufacturer JCB which last week announced it was cutting working hours for 4,000 of its staff because it was facing a shortage of components from China.

“It is quite simple: outbreaks like these are problems that affect the whole planet,” added Lang.

Where did this one originate? Why there?
On 31 December 2019, Chinese authorities notified the WHO of an outbreak of viral pneumonia in Wuhan City. Coronaviruses can jump from one species to another. A study published in Nature suggests that the novel coronavirus, now named Covid-19, originated in bats. It is possible that humans first picked up the virus in a meat market.

What are the symptoms?
Most people who get the virus will have only symptoms similar to winter flu, but a small proportion, often the elderly, will develop pneumonia . The symptoms of the virus can include dry cough, fever and fatigue.

How dangerous is it?
The mortality rate is not accurately known yet but based on the available data it is probably around 1-2%. Source: Science Media Centre