Home
Travel
Down the Muarojambi Temple 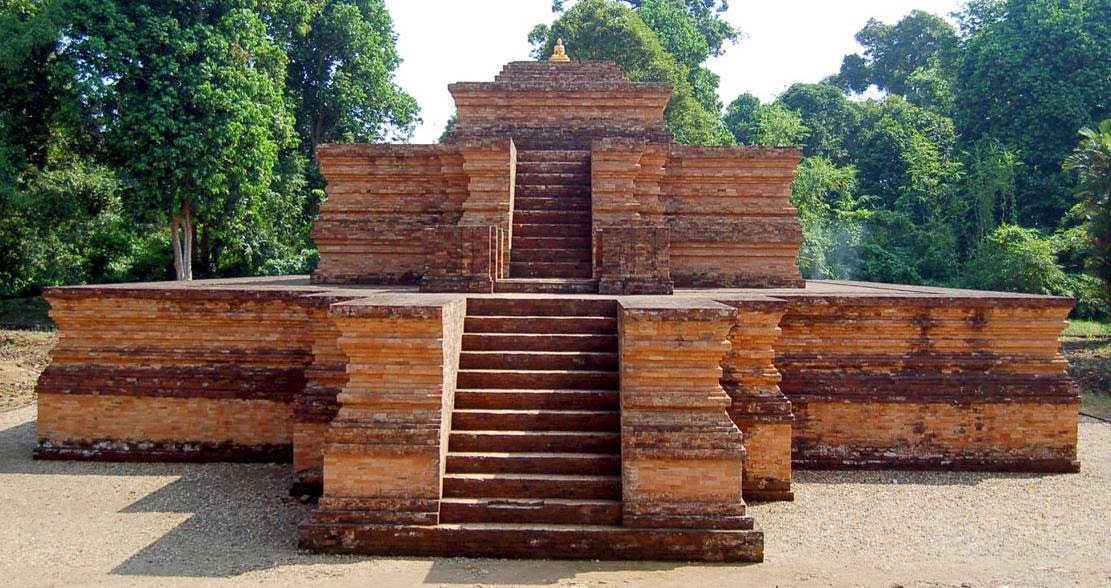 Vesak 2562 BE celebrations were held at the MuaroJambi Bath Complex as quoted from CNN.com .

Muarojambi Temple, which is located not far from the center of Jambi City, which is around 30 kilometers, is one of the historical attractions in Jambi Province.

An ancient site located in Muarojambi District is the widest Hindu-Buddhist temple complex in Southeast Asia. This ancient Muarojambi temple complex site is also known as a place of teaching Buddhism that existed around a thousand years ago

The temple, located on Lake Lamo, Maro Sebo, and close to the Batang Hari River has 82 ruins of ancient buildings (menapo).

Not only is its size estimated to be eight times the size of Borobudur, the Muarojambi Temple complex is also called the site of an ancient city in Sumatra.

In parts of the temple building can show that in ancient times the Muarojambi Temple was once used as one of the centers of Buddhist worship in Mahayana Tantri in Indonesia.

Some findings of historical objects found in the Muarojambi Temple, such as the ruins of Stupa, Gajah Singh Statue, and Prajinaparamita Statue, further strengthen historical evidence that this temple has long been used as a center for Buddhist activities.

Mahayana Buddhism Tantrayana is thought to be the majority religion with the discovery of the plates that read "wajra" on several temples that make up the mandala.

Muarojambi Temple is thought to originate from the 11th century AD. This temple complex, first reported in 1824 by a British lieutenant named SC Crooke, who mapped watersheds for military purposes.

Then, in 1975, the Indonesian government began a serious restoration led by R. Soekmono. Estimates of the relics in the Muarojambi Temple range from the 9th-12th century AD.

At this site nine buildings have been restored, all of them in the style of Buddhism. The nine temples are Kotomahligai Temple, Kedaton, Gedong Satu, Gedong Dua, Gumpung, Tinggi, Telago Rajo, Twin Stone, and Astano Temple.

Some archeologists also concluded that the Muarojambi Temple complex was once inhabited and became a place to meet various cultures. This can be seen from the beads originating from Persia, China and India.

The Muarojambi bathing complex contains a total of 61 temple buildings, most of which are still in the form of mounds of land (menapo) that have not yet been excavated (diocopated).

In 2012, the MuaroJambi Temple Complex was designated as an Integrated Historical Tourism Area (KWST).

Some temples that have been restored and can be visited by travelers include High Temple, Twin Stone Temple, Kotomahligai Temple, Kedaton Temple, Gumpung Temple, Gedong Temples 1 and 2, Astano Temple, and Talaga Rajo Pond. 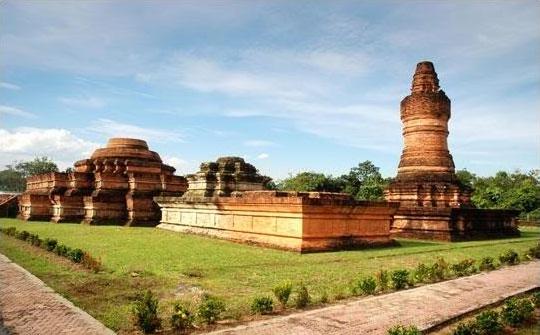 Gempung Temple is the first temple seen when tourists arrive at the Muarojambi temple complex. The green expanse in front of the temple makes you feel like you are on a mini savanna.

Tourists can also see old canals and ancient natural embankments that are still clearly visible around the Muarojambi Bath Complex.

Then, for visitors who want to explore the entire area of ​​the temple complex, the manager has prepared a bicycle rental. Visitors can also use the services of a rickshaw to get around.

Not only going around looking at historical sites, tourists who come can also take pictures with a background of a miniature Eiffel tower located in a park that was deliberately built in the tourist village of Muarojambi.

Toilet facilities to the meeting hall for the activities of tourists who come in groups are also prepared by the manager.

The entrance ticket to the bathing area is quoted from Tribunnews.com , IDR 5,000 per person. However, by only paying Rp 10,000, tourists can also explore the Temple Area by bicycle or motorized rickshaw.

You need about 30 minutes from the center of Jambi City to get to the Muarojambi Temple Complex.

During the trip to this historical tourism site, visitors will be treated to a beautiful view of the longest river flow in Sumatra, the Batanghari river.

In addition, your eyes will also be spoiled with a row of traditional houses typical of Jambi Jambi to the lush fruit trees of Jambi, durian and duku .

If you want to enjoy the sweetness of durian and duku typical of Jambi, then the right time to visit this historical attraction is in December to March, when the fruit season arrives.

Nutrition and Benefits of Radish Leaves for Body Health