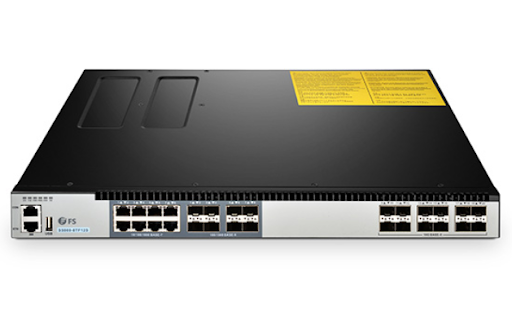 The computer network is a field of science in IT majors, in addition to the field of programming and databases. Each IT graduates will usually choose one of the areas to be assigned according to their interests and talents.

In general, a computer network is a discipline related to communication between computer systems and other devices. They will connect with each other and have the ability to exchange data. In this article we will talk about the definition of switches, switch functions and the difference with the full and detailed hub.

Definition of Switch
A Switch is a network device on a computer that connects devices on a computer network by using packet exchanges to receive, process and forward data to the intended device.

Many people are struggling to distinguish the various network devices mentioned above, especially distinguishing between switches with hubs. Moreover, the Internet is a lot of understanding from the switches that come from different sources and it turns out to contain a somewhat different meaning anyway. 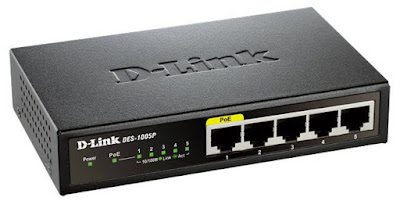 The main difference with a hub is from transmitted or forwarded data. The Switch only sends data to devices that do need it, and does not transmit the same data to all devices on that network.

The Switch is also regarded as a bridge with many ports that use the address of the hardware to process and transmit data on the second layer of the OSI model. Some types of switches can also process the data on the third layer by adding a routing function that usually uses the IP address to deliver the parcel. That is why it distinguishes the switches into two types, namely the two layer switches and the three layer switches.

At a glance information about the OSI model, is a concept that maps the structure of communication on the computer network. The order is divided into 7 layers, ranging from the first physical layer, the second layer data link, the third layer network, the fourth layer transport, the fifth session layer, the sixth presentation layer, and the last one is the application. Each layer has its own task and will pass the data to the next layer. 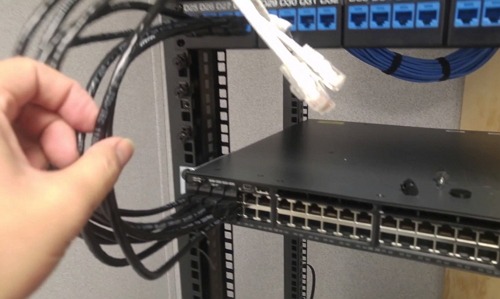 We have already discussed about the definition of switches, it's time to move on to discussion about switch functions. The main function of a switch is to receive information from various sources connected to it, then distribute the information to the other who needs it. But other than that the switch also has other functions related to its communication area in the second layer.

The next function of the switch is to verify each package it gets, before pointing it to the destination. Subsequent switches serve to transmit the data to the intended location. The Switch also serves to set the data plan to be delivered. Whether it will be strengthened or precisely limited to the number of packages.

The switch function that is almost identical to the hub is as the center point of the network connection. All data and information received will be centered in the switch first before channeled through the network. As a central point, the switch conditions will greatly affect the conditions of the network. If the switches are used poor quality or even damage occurs, it will cause interference across the network.

The last switch function is as a repeater and splitter. The intent of the repeater is as a network amplifier. Switches can be used to expand the coverage area of the created network without requiring a long cable. While the splitter function is as a network solver. This is usually done in offices that have many floors, so that each floor can have its own network, although it is actually in one main network.

How the Switch works and the difference with hubs
As mentioned earlier, some people may be somewhat confused to distinguish between switches with the hub, whereas if further researched there are some differences between them. The difference that has been slightly discussed is about how it works. The Hub only serves to receive and transmit the information it receives. While the switch not only performs reception and delivery only but also performs checks and processing.

It is influenced by the next difference, which is the layer they work for. The Switch has a working area in the second layer of data link, while the hub is on layer one or physical so it has almost the same function as the cable that is channeling data only. 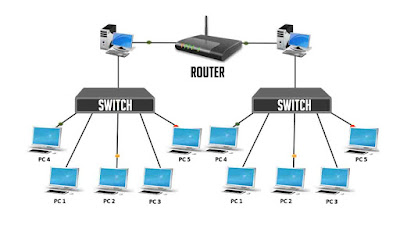 Thanks to the selection system, it certainly makes the switch performance faster because it can directly send data to the appropriate place, while the hub is hampered because it sends data thoroughly. Another difference is on the setting side. The Hub is completely unmanageable, while the switch can control which devices can connect with it. And can divide one network into two or more.

The switch system is safer because it checks first before receiving and transmitting data. While the hub will immediately receive and send it intact. The last difference is about the price. With the various advantages of the above mentioned switches is certainly not a strange thing if the price of the switch is much more expensive than the price of the hub. Hopefully the article on the definition of switches, switch functions and the difference switches with the hub above are useful and easy to understand. See You again!