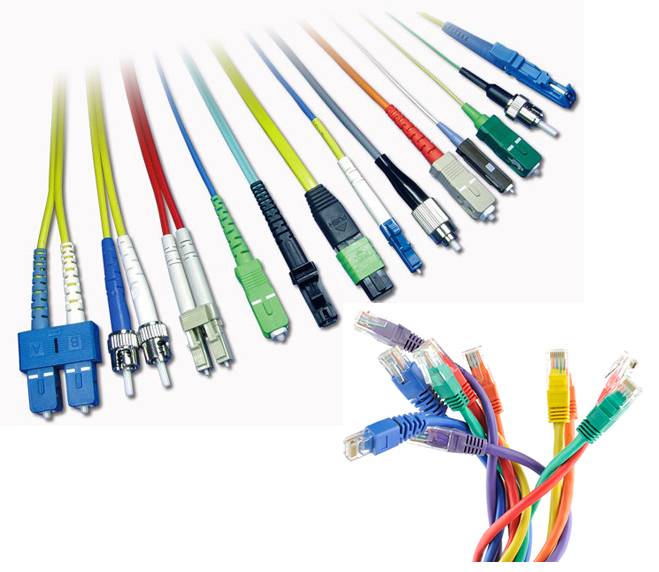 Cables can also be classified as a network hardware that acts as a liaison medium between a networked device and other networked devices. There are various types of cables that you can use in building a computer network, such as coaxial cables, twisted pair cables and fiber optic cables.

These network cables have their own functions and characteristics. You shouldn't random choose a cable when you want to build a network. The network cable mismatch with the network device you are using causes the computer network performance to be not maximized. Therefore, see the explanation of the types of network cables below:

1 Types of network cable
It is very important for us to know the characteristics of each of these cables, before starting to build a network. Previously discussed more in the network cable type Unshield Twisted Pair (UTP), but on this occasion we will discuss it again in an outline. Here are the types of network cables and explanations that you need to know: 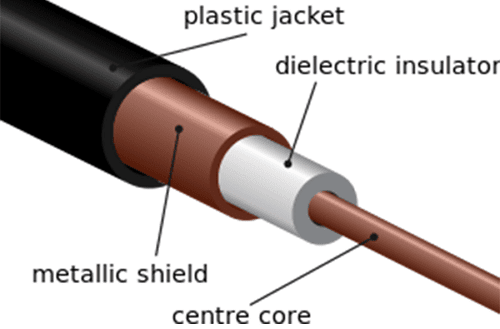 A coaxial cable is a cable used to transmit high frequency electric signal through its sole core. Generally we know that coaxial cables are used to connect televisions with antenna devices. But coaxial type cables can also be used to build a computer network, connect to the Internet, and also as a radio track.

Coaxial cables consist of multiple layers, each layer has different roles in protecting core cores. The first layer is called an insulator that serves to protect core cores and prevent crosstalk.

In the next layer is a shield that plays a role to prevent outside electromagnetic interference that can interfere with data signal and also prevent the occurrence of signal leakage. This Shield has two kinds of shapes, namely the form of cable woven and foil shape. On the last layer of the coaxial cable is called a jacket that plays a role to protect the cables from moisture and environmental conditions around it.

The twisted pair cable consists of eight cables with a unique color that is wrapped in pairs, it aims to reduce induction and leakage on the wires.

1. Unshield Twisted Pair (UTP)
As the name Unshield Twisted Pair means that the cable twisted pair type is not equipped with a shield that protects against electromagnetic interference. This type of cable has a cheaper price than the STP type cable so it is suitable for use on home network and even for offices that require low cost.

The application of shield on a cable twisted pair type has three types, namely:

A. Individual Shield (U/FTP)
Individual Shield protects each pair of wires with aluminium foil. This type protects the cables from outside electromagnetic interference and also prevents crosstalk from every pair of cables.

B. Overall Shield (F/UTP, S/UTP, and SF/UTP)
Overall Shield protects all cable pairs with aluminium foil. This type protects the cable from outside electromagnetic interference.

3. Fiber Optic Cable
Fiber optic cable is slightly different from the type of cable that has been discussed earlier. Because fiber optic type cables do not use copper for its aspirit, but using thin glass fibers used to deliver the data in the form of light. Electrical signal such as television, sound and data are converted into optical signal using optical transmitter and then sent with speed of light.

The core of fiber optic cable is covered with various layers. The first layer is referred to as cladding. Cladding acts as a reflector reflecting light along the cables, so that the light remains focused on core cores. In the next layer there are buffers that play a role to protect the cladding and core cores from damage and humidity.

The next layer is a strength member which also serves to protect the cladding and core of the pressure that may occur during the installation process. A set of optical cables are then wrapped with a coating called a jacket which not only serves to protect the cables from the outside environment, but also prevents the leakage of light coming out of the core cores.

A fairly fast data transmission speed and its resistance to electromagnetic interference makes it a very effective fibre optic cable used for large-scale network connections. However, in the application of fiber optic type cable is still quite difficult and also expensive. In addition, fiber optic type cable has no ability to deliver power when compared with copper wire type.