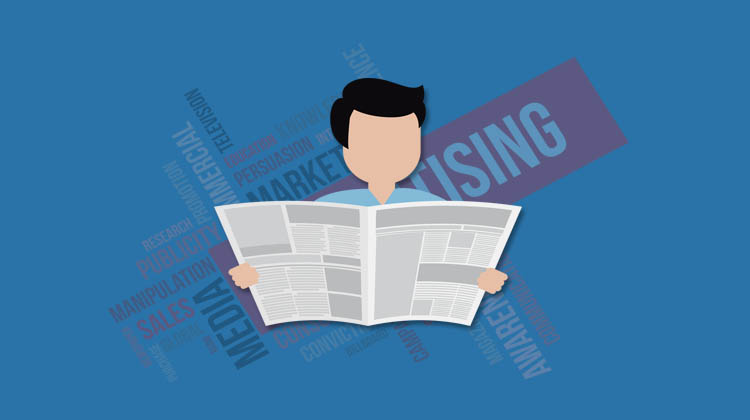 Newspaper advertisements are as old as advertisement itself. Although, it’s an age-old method of advertisement, it still receives the same response and is highly successful. Both small and large businesses still choose this method to promote their products and services. Ask them and nearly hundred percent advertisers would select newspapers as their primary advertise medium.
In spite of registered decline in newspaper circulation numbers and advertisements featured in a newspaper, they are read by millions of people at their breakfast table. The rate of increase in price to place advertisements in newspapers is climbing rapidly when compared to radio, television and billboards. The main aim should be to get the desired attention from the advertisement and out do the competitor. Various factors should be considered and measures should be taken to ensure success, while keeping the cost low.
Many advertisers, who advertise through newspapers, design their own advertisements without any prior training. This has lead to the rise of larger number of retailers who think that making an ad by them is the only way to get it right. This approach saves a lot of money and is good for small businesses, only if they reach to correct customers. The one time cost of placing a small advertisement is $150, so the measures should be taken to place them effectively. It isn’t necessary to have a full-page advertisement posted in the newspaper. If smartly designed, even half page advertisement can do wonders; the money saved can be used to advertise concurrently in other mediums like radio, websites, etc.
Using colorful font can multiply the cost to many times and is not worth the return. If the budget is low and the matter is confident enough, black font will be fine. Regular readers read the newspapers daily; therefore, there is no sense in placing the same ad in the same paper everyday. The advertisement can be placed in different papers everyday. The frequency can be three times a week for a particular newspaper. But there is an increase in the number of readers on weekends, so more money can be invested on placing advertisement in the weekend edition. Don’t be disappointed if all the advertisement space is sold on weekend. Insert fliers in between the pages of the newspaper.
As many advertisers will be posting their ads on weekends in the local newspaper and the chances of your ad getting lost in the muddle, the conventions can be twisted a little to beat the competition. Place an offer coupon in the mid-week editorial and pay the local station to advertise and talk about the offer on their famous program. Ask them to specifically mention about the coupon placed in the newspaper. Out of the daily readers, only few of them go through the entire newspapers. Most of them view the first and last page. So instead of posting an ad thrice weekly in the middle pages, invest on placing the ad on the first or last page of the newspaper, once a week. Majority of the newspapers don’t give competitive protection, that is, an advertisement of a firm can be placed next to the advertisement of its competitor. Specify about this condition to the sales person and take the guarantee from them.
There is a decrease in the number of local newspapers every year. In United States, only about a thousand newspapers function on a daily basis. Local people are now relying on weekly papers or newspapers with the local section. Sometimes only one publisher controls many of the local newspapers. Newspapers for all the localities are printed at one place with only the front page being changed. When advertising in such publications, care should be taken on recognizing the audience that is being reached. All the effort and money is wasted if the wrong customer is reached and the result can go in loss. Mixing different medias instead one for advertising is a smart approach. One can take care of the shortcomings of the other and work in tandem to make the overall advertising campaign a huge success.

4 Tips and Tricks to Start a Profitable Business