The term "routing" is known in the World Networking world. Routing is a process of sending data using a router tool that is capable of sending data packets over the Internet or network to its destination.

In order to run the routing process, things to be aware of in the router are its destination address, the various routers involved in order to learn a network remote that was created, and the best router on each network.

Information about the router is stored in the routing table, which tells you how to find the network remote.

A. Based on Nature Routing 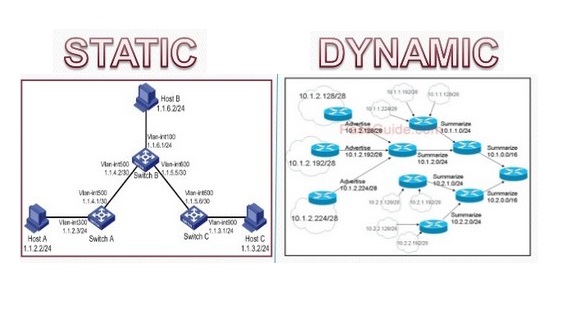 1. Static Routing
It is a routing performed by the network Anministrator manually. Namely by means of input routing table settings that are sumbet from the router. That setting will depict the path of a package to the destination through which interfaces will be skipped.
Excess:
Lack:
2. Default Routing
Manual delivery of packets to the next router hop is a function of this routering. That is by adding a router to the destination network, the Remotenya control is not available in routering table. Used on a network that has one outbound path. 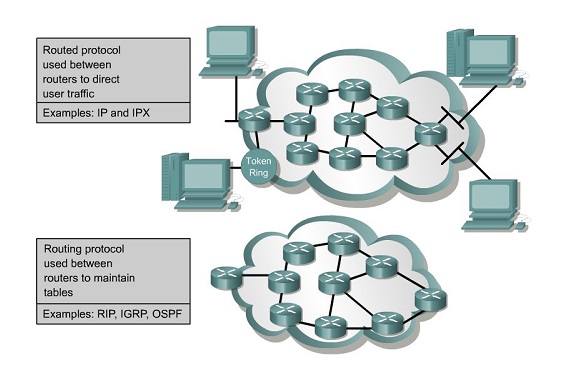 1. Routed Protocol
It is the protocol on the router that is used to send user data from one network to another. Routed protocol brings data traffic such as file transfer, e-mail and other network traffic. Examples of routed protocols: IPX, IP, DECnet and AppleTalk.

2. Routing protocol
Being a protocol on a computer network, its function dynamically learns a network that is connected and Membrodcast, and learns the existing network path. If different router can exchange updates through routing protocol. For example BGP, EIGRP, RIP and OSPF.

One type of protocol in data communication. Its ability to exchange routes, collect routes, determine the route to its destination location on a network. Equipped with algorithms. BGP is a category routing protocol EGP (Exterior Gateway Protocol).

The standard Routing is used on some network vendors and is described in RFC 2328. Equipped with a link-state algorithm or called Dijkstra/SPF algorithm.

The way Ptotokol works: The shortest path of a "tree" will be constructed and then filled with the best routes by the routing table generated from the "tree". OSPF only plays a role in supporting IP routing. Update routing will occur when there is a network topology change and is done floaded. 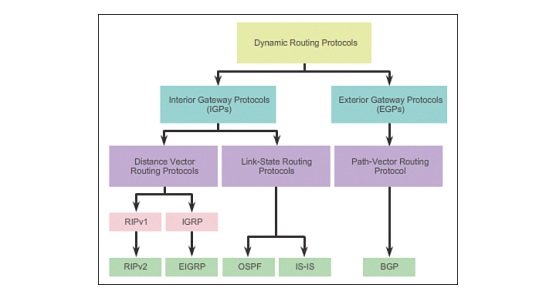 1. Distance Vector
The protocols belonging to this class category will determine the best route to a network based on route mileage. Routing path/route with the most short hop distance to the intended network will be the best track option.

2. Link State
Another term is protocol shortest-path-first. The Tablen routing in the router has a unique function, which is a separate routing function table and becomes 3 tables. The first serves to record changes from direct connected networks. The second serves to define topologies on the entire internetwork. And the third serves for routing tables.

3. Hybrid
This latter protocol belongs to a class that uses aspects of both distance-vector and link-state routing protocols.

That's an explanation of the types of routing based on the nature of routing, routing protocols and Protocol classes used. Hopefully useful and easy to understand!