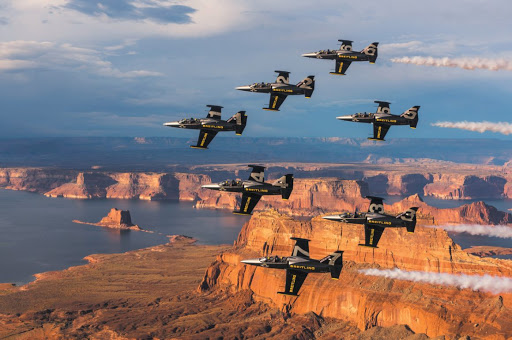 If you ask any student even in elementary school why the town of Kitty Hawk, North Carolina is significant to American history, they will know the answer immediately.  They will know that this was the place that Orville and Wilber Wright made the first working airplane and discovered that man could fly.

Today, with thousands of airplanes taking to the sky at any given moment and the experience of flying high above the earth as common as riding a bicycle, it seems that a world where men did not fly is as far away as the ancient Romans.  But we have to travel in time back to the days before the Wright brothers made their phenomenal discovery and the invention of the first aircraft when there was a time when it was firmly believed that man would never fly like a bird and indeed, man was meant to never fly but always be a terrestrial being.  We can be grateful that the Wright brothers did not hold to that belief.

The date of that first successful flight was December 17, 1903.  It was on that fateful day that Orville and Wilber successfully flew the first controlled, powered, heavier than air airplane.  This break through ranks as one of the greatest inventions of American history and in truth, one of the great inventions of all time as man had been dreaming of being able to fly as far back as we have primitive drawings illustrating that dream.

The Wright brothers were well suited to go through the tedious research to finally create a machine that could accomplish this feat.  We all know that great inventions are often the results of hundreds or thousands of failures and tests by which the inventor refines his ideas and makes new discoveries that take him step by step toward that final break through.  That was certainly true of the Wright brothers.

Our reference to flight becoming as common as riding a bicycle is well chosen because it was the Wright brothers vocation as mechanics repairing printing presses, motors and bicycles that gave them the knowledge of the inner workings of such machines that was needed to create a machine that could sustain flight.  Their work to perfect the design of the common bicycle lead them to believe that conquering flight was not a question of providing sufficient power to the aircraft as it was providing mechanisms of control and balance to properly keep the aircraft steady with sufficient consistency that it could take to the air.

Long before that first successful flight, the Wright brothers conducted their research.  Using their bicycle shop as a makeshift laboratory, they first experimented with gliders and unmanned aircraft to refine their theories and their designs.  But finally on December 17, 1903, they achieved their dream of manned flight, even if only for a short time.  Orville Wright’s account of that first flight is scientific and understated.

"Wilbur started the fourth and last flight at just about 12 o'clock.  The first few hundred feet were up and down, as before, but by the time three hundred feet had been covered, the machine was under much better control.  The course for the next four or five hundred feet had but little undulation.  However, when out about eight hundred feet the machine began pitching again, and, in one of its darts downward, struck the ground.  The distance over the ground was measured to be 852 feet; the time of the flight was 59 seconds.”

Little did the Wright brothers know that an entire new industry would be built around these simple experiments.  Moreover, they had achieved a dream man had dreamed for centuries, to actually be able to fly above the ground and come back safely.  It is truly one of the great accomplishments of American history.