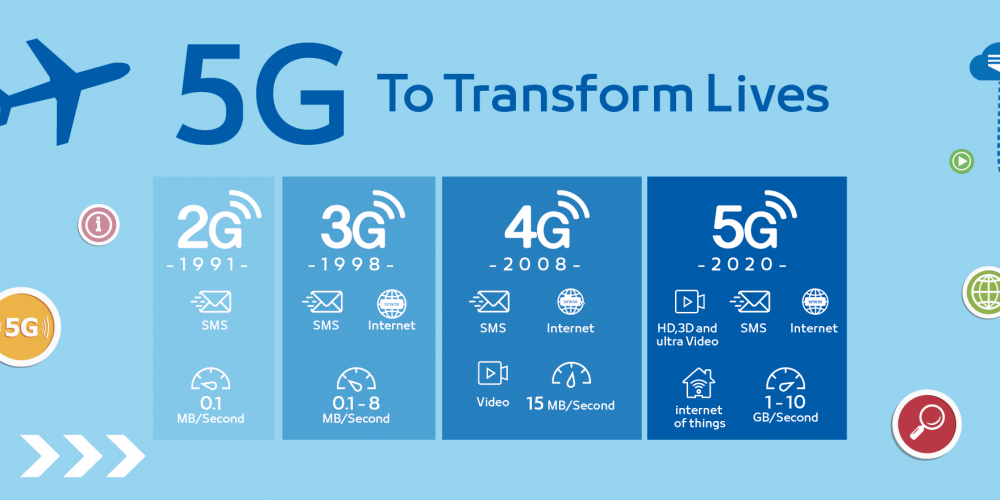 What is 5G? This technology is a continuation of wireless or wireless network technology that will ride high-frequency bands in the wireless spectrum between 30 GHz and 300 GHz. It is this frequency band that enables 5G to transmit data larger and faster than its predecessors.

5G Speed ​​and Previous Generation 5G is claimed to be, and should be, the fastest speeds compared to the other “G”. Before 5G - generally and without taking into account the children of a network generation - there were 4 generations of networks: 1G, 2G, 3G, and 4G. 1G, which was developed in the 1970s, has a speed of 2 kilobytes per second (Kbps). 1G itself is an analog network that only allows voice communication, not data. However, with these limitations, Qualcomm, through its publication publication entitled "The Evolution of Mobile Technology", calls 1G the "foundation of the mobile world." Empirically, 1G-based phones cannot be used to surf in cyberspace, let alone be used for streaming Youtube or downloading movies. However, we can calculate the speed.

Meanwhile, 2G has a speed that is still minimal, namely 14.4 to 64 Kbps. Assuming the files downloaded are the same, 1GB, a 2G powerful phone will take 6 days-21 hours-42 minutes-3 seconds to 1 day-13 hours-16 minutes-57 seconds to complete. Meanwhile, 3G, as a network predicated "mobile broadband", has a connection speed of 2 Mbps. To download the same size, a 3G networked cellphone only takes 1 hour-11 Minutes-34 Seconds to complete. And for 4G, data connection speeds are getting faster. 4G is known to have speeds of up to 200 Mbps (in some publications it is called 100 Mbps). A 1GB movie file only takes 42 seconds when downloaded on a 4G-based phone. Last, of course, 5G. With speeds of more than 1 Gbps, a 1GB movie file should only take the blink of an eye to finish downloading. The 5G infrastructure trial conducted by SK Telecom and KOTSA in Korea, for example, recorded a file download time of 1 GB was 0.4 seconds.