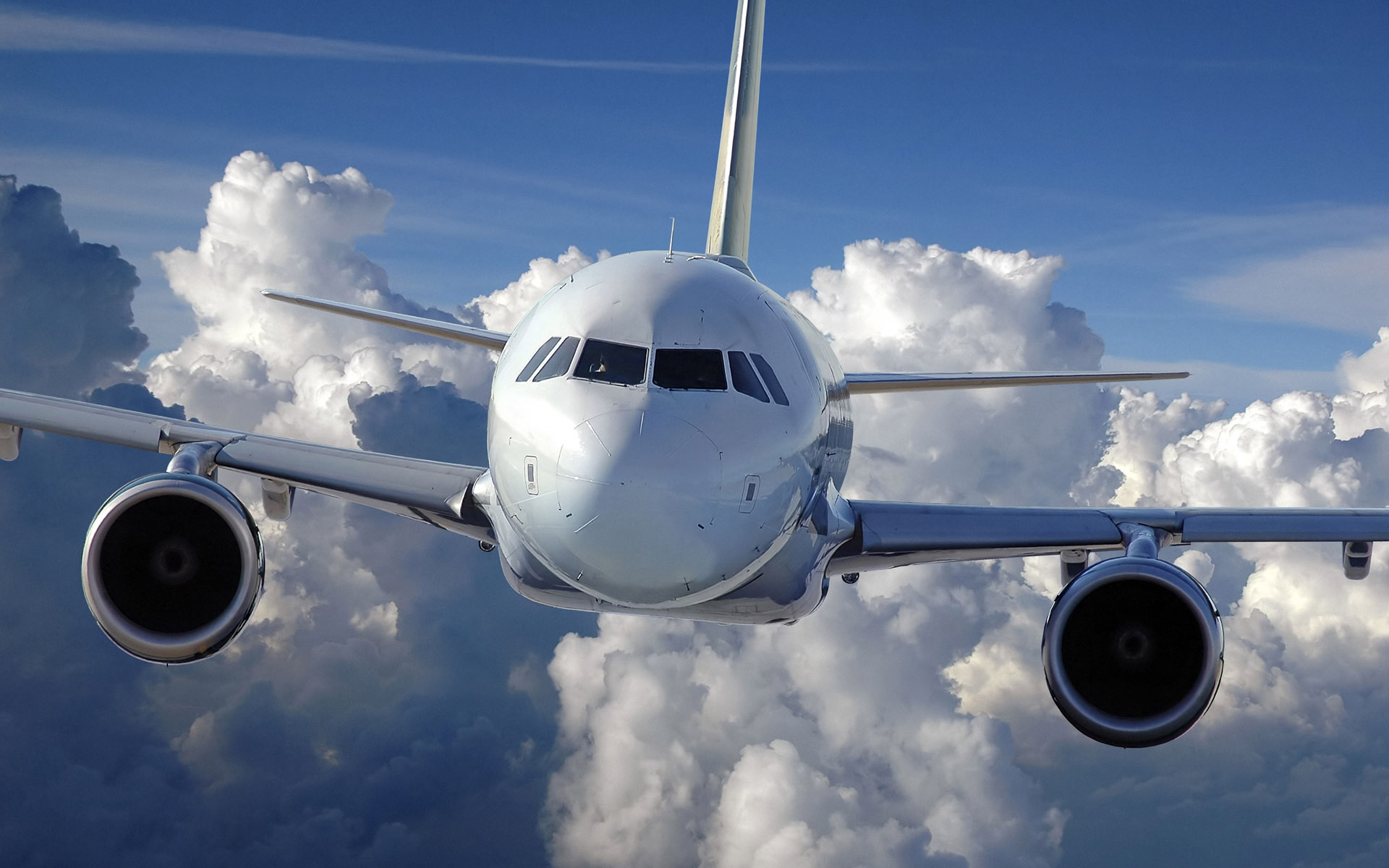 This is the Super Guppy plane. The aircraft that NASA is still using today is one of the forerunners of the world's largest cargo aircraft. 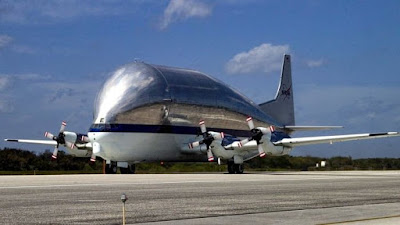 The guppy is the plane NASA uses to move parts of its enormous, light weight spacecraft from California to Florida. Its first operation was in the 1960's. 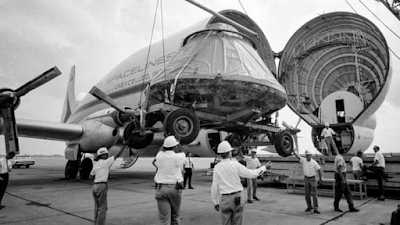 During the early years of the American space program, parts of rockets bound for Cape Kennedy had to pass through the Panama Canal or the Gulf of Mexico on barges. The voyage took weeks. 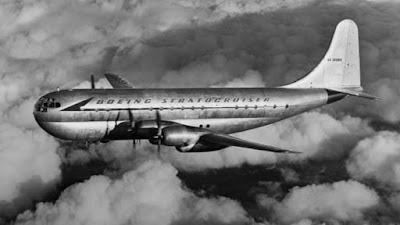 Like the Belugas and modern Dreamlifters, the Pregnant Guppy is a modified version of a passenger plane with a swollen fuselage. This aircraft is derived from one of Boeing's first aircraft, the 377 Stratocruiser. 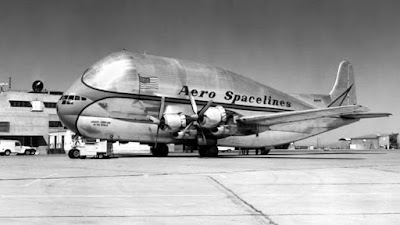 In 1962, a new aircraft solved the problem because it had the largest cargo space ever built and was six meters in diameter. The main component of the spacecraft could reach Florida in 18 hours instead of 18 days. 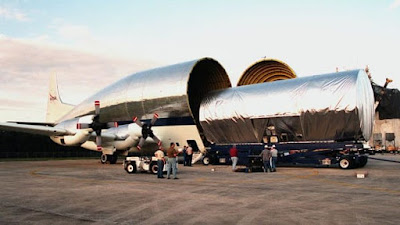 The plane was called the Pregnant Guppy, its name was inspired by the guppy fish. Is the first of eight Guppies to be built over the following years. 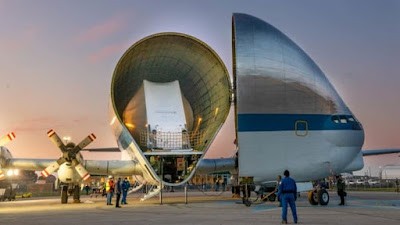 And one of them, even though it contains technology dating back to the 1940s, is still being flown by NASA. 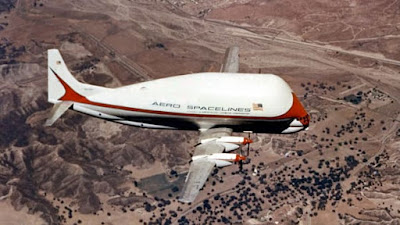 In 1967, the Guppy family was expanded with a Mini version. Three years later, in 1970, the final version of the Guppy went on air for the first time. Called the Super Guppy Turbine, it is roughly the same size as the original Super Guppy. 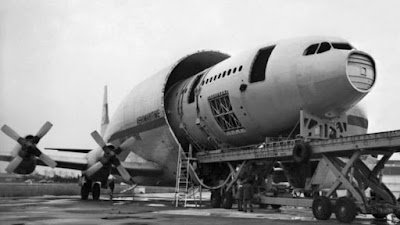 This new version is attracting interest from abroad. Boeing's main competitor, Airbus, will launch its first twin-engine wide-body aircraft, the A300, the forerunner of the Airbus Beluga. 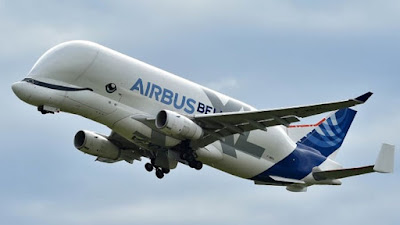 Airbus makes the Beluga to replace the Super Guppy. 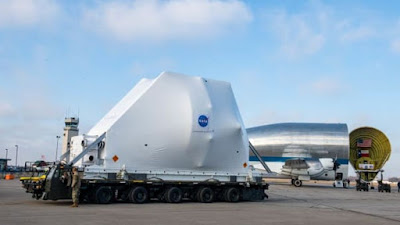 Super Guppy is still being flown by NASA even though it needs repairs here and there due to damage or some worn out parts. During 2019, this aircraft was still in the air for 110 hours.