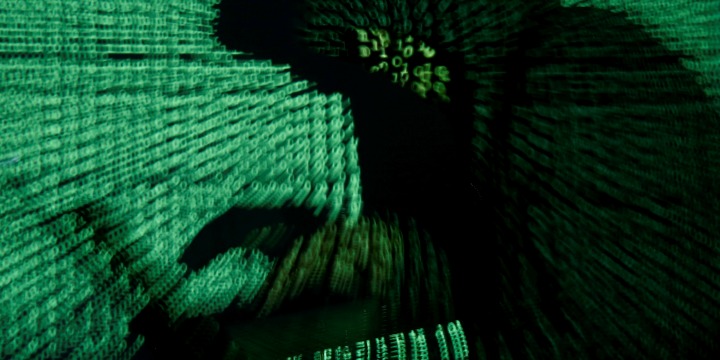 In the midst of the Covid-19 pandemic, cyber attacks between countries have also become more widespread (photo: illustration).

Cyber ​​or cyber attacks have taken place quickly and are getting worse around the world during these days of global uncertainty due to the corona virus. Countries accuse one another of involvement in cyber warfare, and each also claims to be a victim of cyber attacks. International organizations dealing with the COVID-19 pandemic have also been targeted.

The situation can be illustrated like a high-stakes cyber ping-pong game. Israel's National Cyber ​​Directorate announced that hundreds of Israeli websites had been hacked, possibly by Iran.

The contents of these websites have been replaced with warnings in Hebrew and English that "the countdown to the destruction of Israel has begun."

Israel has long been a leading actor in cyber security. Thousands of well-trained soldiers carry out their military service in intelligence and cyber units, and then continue the work in non-military companies.

Gil Baram works at the Siber Research Center, Tel Aviv University. He explained to VOA about the approach taken by Israel.

"Israel has a unique approach to dealing with the threat of cyber attacks and its unique approach is understanding the needs of the cyber ecosystem, which means combining the efforts of academics, the public sector and the private sector together because Israel understands that cyber threats are not just military threats and not just civil threats . The threat of cyberspace is a national threat. "

The Israeli company Checkpoint, one of the world's leading cyber security companies, was founded by three people who had served together in military service. Checkpoint recently discovered an extensive Chinese espionage operation called Naikon, which hacked government agencies throughout Southeast Asia.

Lotem Finkelstein is one of the founders of the Checkpoint company.

"We detected this attack for years, but we managed to connect the dots and see the whole picture. By connecting the dots we see that our attacks can be detected elsewhere, connected to the attacks we see today. This is also an intelligence threat activity, that all these scattered attacks are part of a campaign that has been going on for years. "

State-sponsored Chinese hackers are also accused of trying to steal information from America, the latest data related to research into the corona virus vaccine. The Chinese government denies the accusation.

Gil Baram, a researcher at the Cyber ​​Research Center at Tel Aviv University added, "China is an example of the way countries use cyber attacks. China uses it mainly to steal intellectual property. The latest example of how China operates in the virtual domain occurred only a few days ago when the FBI said it was investigating hacking by China on health institutions across America. "

The World Health Organization (WHO) also reports more than double the number of hacking attempts on its computers, and warns that cyber attacks tend to increase even as the whole world tries hard to quickly find the corona virus vaccine.