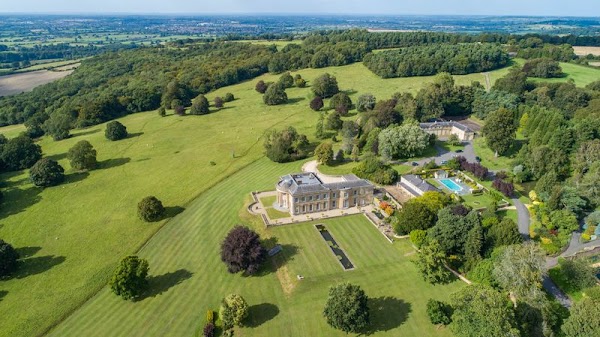 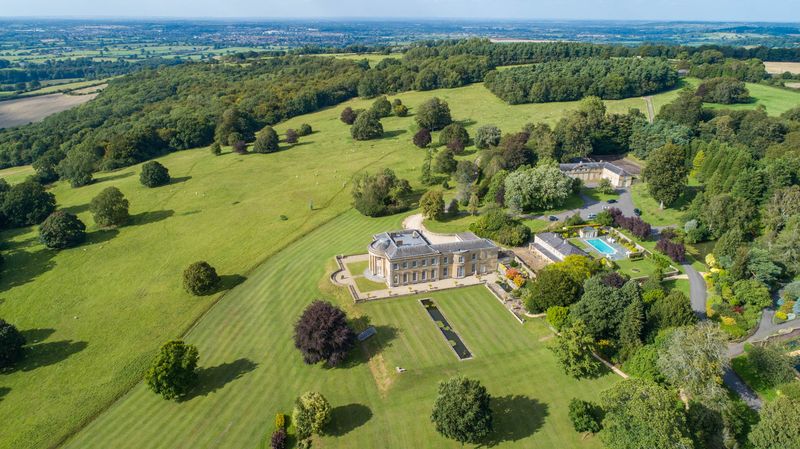 After a decade-long slump, Covid-19 has jumpstarted the market.

Last month, Savills listed the Bowden Park estate for £35 million ($46.4 million). The property includes a 15,900-square-foot, 18th century mansion set amid 22 acres of manicured gardens and 1,400 acres of farmland in Wiltshire, which is about a two-hour drive from central London.

In any other year, the property would likely have sat on the market.

“We [hadn’t] been able to launch a property and say to the owner confidently, ‘We can sell this in three months,’ ” says Crispin Holborow, country director of Savills’s Private Office. Last year, for instance, just one country estate sold for more than £15 million, according to Savills data. The previous year, only five sold.

But, thanks in large part to Covid-19-related lockdowns, a staggering 19 country estates in the U.K. have sold or are under offer for over £15 million in 2020, according to Savills.

The Bowden Park estate, in other words, has suddenly entered a seller’s market. “They’re coming in thick and fast,” says Holborow.

For years, the country house market was in what brokers euphemistically referred to as a “buyer’s market”—and in what everyone else referred to as a “rut.” High maintenance costs, increasingly high taxes, and uncertainty over Brexit diminished country homes’ allure.

“The marketplace for country houses last hit its highest in 2007, early 2008—and then, that summer and autumn, there was a crash,” says Holborow. “Ever since then, the country market has been limping along.”

It’s not just homes in the so-called “super-prime” market.

Country houses of the merely wealthy (the “prime” market generally encompasses houses from £2 million to £10 million) saw sluggish growth, too. By the end of 2019’s third quarter, the market had seen more than five straight quarters of price declines, according to a report by Knight Frank. Going into 2020, prices were fetching about 20% below their peak in 2008.

While “prime” prices remain comparatively stagnant (up 2.3% this year, according to a November report by Knight Frank), volumes have skyrocketed, says Edward Rook, head of the country department at Knight Frank. “I wouldn’t pay too much attention to values, because I don’t think they’re climbing dramatically,” he says. “It’s more about transaction levels, and a real shift in buyer requirements.” From May 13 to June 24, for instance, the number of accepted offers for country houses from £5 million and £10 million was 182% higher than the five-year average, according to a separate Knight Frank report; all price brackets in the period were 64% higher than the same five-year average.

Mirroring trends in New York and San Francisco, wealthy London residents have begun to reassess their urban lifestyles, Rook says. “With Covid, life has changed dramatically, and people have [begun] to look at things a different way.”

Suddenly second homes are becoming primary homes, and buyers, Rook continues, are willing to look farther afield and endure longer commutes. “A lot of people are making [country houses] their primary home. Instead of having a large house in London and maybe a cottage in the country, they’re reversing that and having a smaller apartment in London and a principal residence in the country.”

The exception, Rook notes, is houses that cost more than £10 million. “It’s still very much a second-home market, because [buyers] will retain another house, either in central London or globally elsewhere.”

“Nearly everyone who buys a [super-prime] country house has a base in London,” says Holborow, but he estimates that only about 50% of purchasers are U.K. nationals.
High-net-worth, London-based residents, many of whom come from Asia or the Middle East, probably had multiple homes already, Holborow says.

Still, during London’s summer lockdown, “it’s quite a sobering feeling, where you're sitting in your lateral flat, in air conditioning, and you're looking at your friends sitting in glorious sunshine on Instagram,” he continues. “These are normally people who would jump on their plane and go,” but suddenly, with borders shut down, they had nowhere to go to—and if they didn’t hop on it, they still don’t.